Sorry for a week of crappy blogging guys, we are having computer issues again ( I know you're sick of hearing that and let me tell you I am sick of dealing with it) and in conjunction with my most recent bout of insomnia I honestly just haven't had the patience to deal with it! I am hoping to try and get it fixed today, if not I am going to have to take it in to Best Buy and leave it for a week so before it comes to that I will try and get some posts written out!

Anyways its been a really good week and I am happy to be here and share it with you!


1. The Smell of Homemade Baking!

As you know I posted last week a recipe for banana bread and because Jason and I enjoyed it so much I decided because I had all the stuff and he was working all weekend last week that I would make some for him to take to work. With Jason working all day it was a quiet day at home and it was so relaxing, candle burning, tea, a good book and the smell of fresh baked good in the air! Its the little things folks!

Because Tanya and I would be in the city on her birthday starting very early in the morning we decided to get together the day before just for coffee and so I could give her her birthday gifts. We haven't been feeling Starbucks lately but there isn't a ton of coffee shops around here, and for reason we tend to forget about Cosi. It was raining but the most mild day that we have had in a really long time and when we arrived they had the place BOILING inside (probably the wood fire pizza oven). We decided on something cold instead of coffee and I had the Raspberry Mojito Lemonade and it was INCREDIBLE. It reminded me of summer, so refreshing but not sweet at all. Tanya got the Agave Lemonade and that too was fantastic. I tend to stick with what I know and like when I get something while out but it always proves wise to try something new! 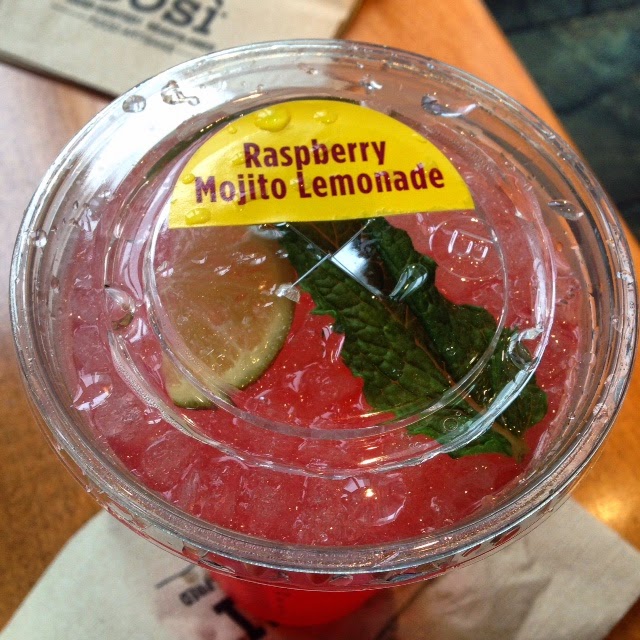 As I mentioned last week Tanya and I had tickets to The Chew on her birthday! We were really excited to go as we both watch the show, but knowing this big snow storm was coming we were unsure about how the day was going to go! It started snowing a lot later than they thought it would so getting to the Path station to meet wasn't terrible, just slippery. When we came out of the subway at Columbus Circle it was a mess! We stopped for Starbucks and made it to the show, wet and frizzy! We went into the holding room and tried to dry off and clean up! The show was absolutely AMAZING! I will be blogging about it next week! When we were on our way out they were pulling people aside and letting us know that if we wanted to we could stay and see a taping of The View, as the weather was terrible and a lot of people hadn't showed up. We decided why not? We were already there and had wanted to see The View anyways! Another really great show! Sadly both aired yesterday so we had to view them online but fantastic! 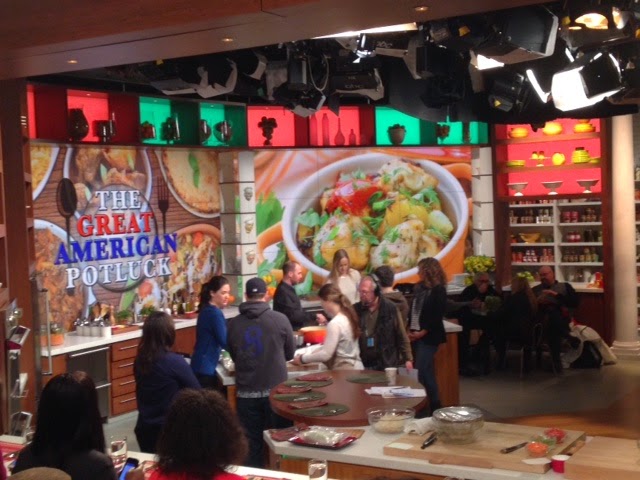 We all know I hate winter, that hasn't changed. But yesterday was the first time I have been in the city while it was snowing like this and it was beautiful. When we came out of the taping we were facing Central Park, although Central Park is always incredible.. snow covered it really shines. The city was an absolute mess, the streets were a mess, people were honking five times faster than they usually would but there was something magical about it. Its funny, we were cold, wet and tired.. just wanting to get home but there was something peaceful about the snow falling on this great city. Don't worry I'm over the peacefulness today or was yesterday after I fell in the parking lot, I'm ready for winter to take a hike. 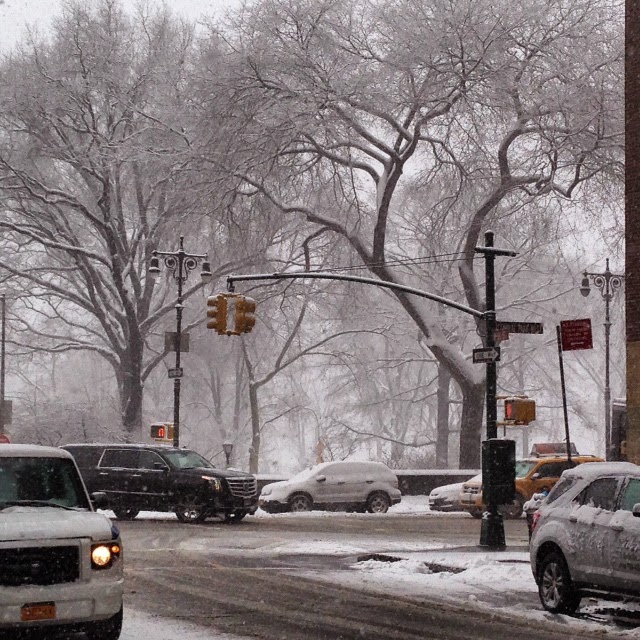 Thursday Jason and I had decided that we were going to go out to dinner, Jason has been dying to go to Chili's for quite some time now and so we decided to just go last night. Jason got home and showered and changed,  and although I really didn't feel like going out it is just across the street. Believe it or not we got there and it was CLOSED! I guess they decided not to come in because of the weather, and Jason was none too happy about it. We ended up grabbing a pizza and coming home. We got cozy in our pajamas and ate pizza while playing cribbage on the couch! It was an upset that our original plan didn't work out but sometimes better things come from that! Jason is really busy at work right now so I savor all our time together, last night was perfect!!

So that was my week, I will be back next week with more about our shows taping and so on! I believe Jason will be working all weekend so hopefully I will get some blog posts done for next week. Next week is shaping up to be much better weather wise and let me tell you guys nothing sounds better to me. I am SO OVER WINTER!

I hope you all have a fantastic weekend! Stay warm and as always thank you so much for stopping by!!

This week I am linking up with:

and these lovely ladies! 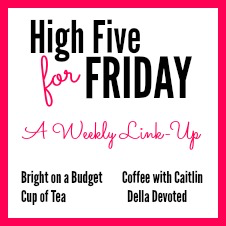 Email ThisBlogThis!Share to TwitterShare to FacebookShare to Pinterest
Labels: Blog Link Up