We are getting there guys, we are catching up on all the holiday updates and we will soon move on to new things I promise!!

Between Christmas and New Years Jason and I both managed to get a pretty nasty cold, 2014 brought a lot of those to me let me tell you! We knew that we had tickets for New Years Eve and we were on a mission to get better, but as the week moved on we both seemingly felt worse. We both felt so awful that Jason actually tried to get rid of our tickets at work the day of New Years Eve because we honestly weren't sure we would really be able to enjoy it feeling the way we did.

Jason had no luck getting rid of the tickets which we ended up being glad about. New Years Eve day I had a very lazy day, just resting and trying get some energy for the night ahead of us. Tanya and I went to Target early just to tour around and get out and then we headed home to laze around the get ready. The guys worked all day so when Jason got home I was about half ready and he was not looking good, Jason's cold had put him much worse off.

We made a frozen pizza and snacked because there was no way Jason was going to make it all until almost 9pm to have something to eat. We finished getting ready and left to meet Tanya, Josh and Jesse at the subway. What are the odds that we would get on a subway with literally no one else, we figured not good at all. Turns out we got on a subway with no one and had a fantastic ride into the city. The crowds were not nearly as bad as I expected until we got close to Time Square but because we had tickets we had like backstage passes to streets that were closed, FABULOUS!

Can I just say that until this year I did not realize that people lined up at 10am and once they were in place they couldn't leave to eat or go to the bathroom.. not if they wanted to get their spot back. SO for this reason people wore diapers.. DIAPERS!!!! Lets be honest guys, you grow up watching New Years Eve in Time Square your whole life and dreaming of being there, but let me just tell you! I have seen it in person, its cold, crowded and people have to wear diapers to get through the day.. NOT SO GLAM now is it? Count me out! 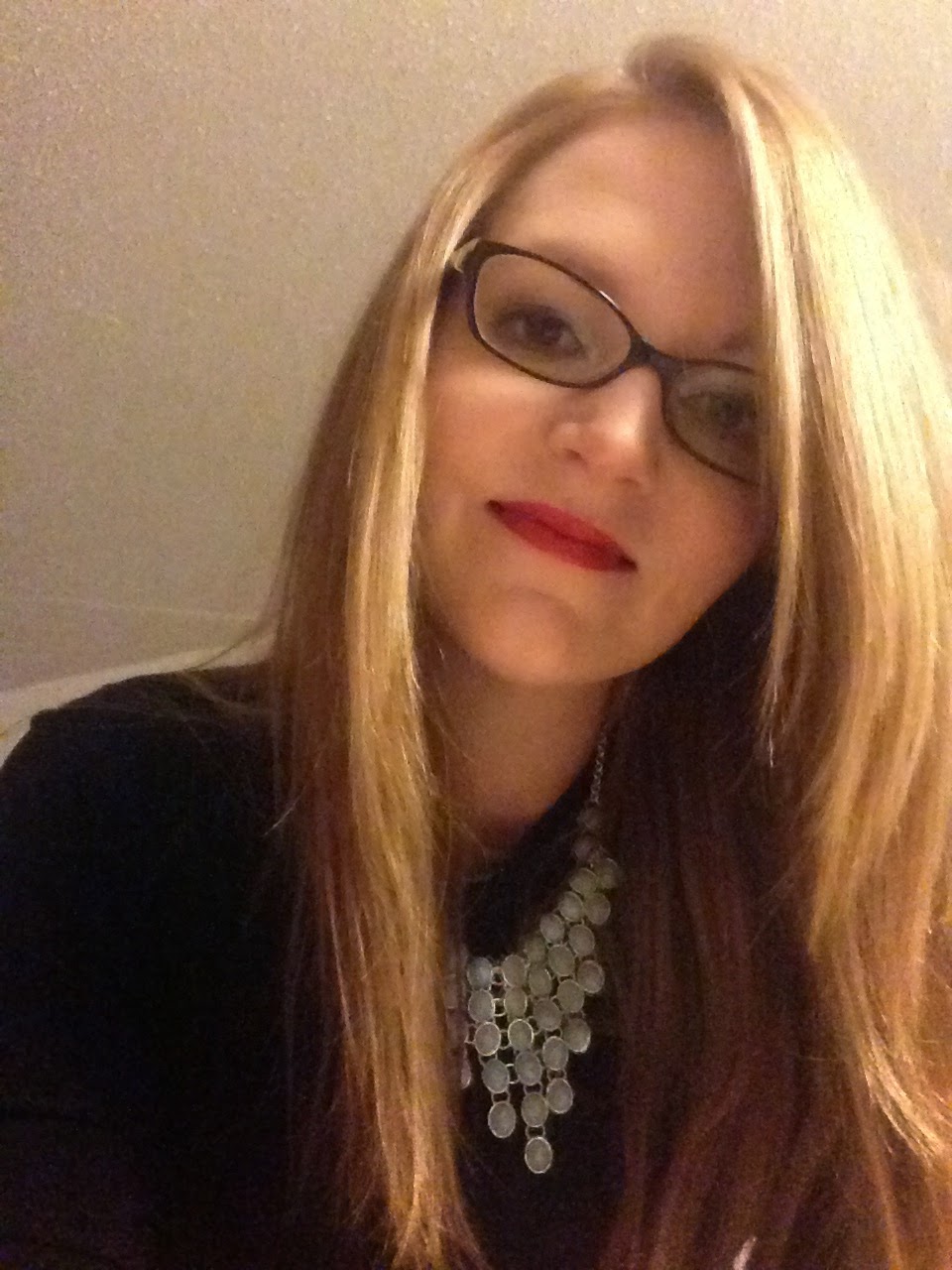 Getting ready, I had to dress up my black dress with red lips because it was a little plain! But I was more concerned about being warm I won't lie! 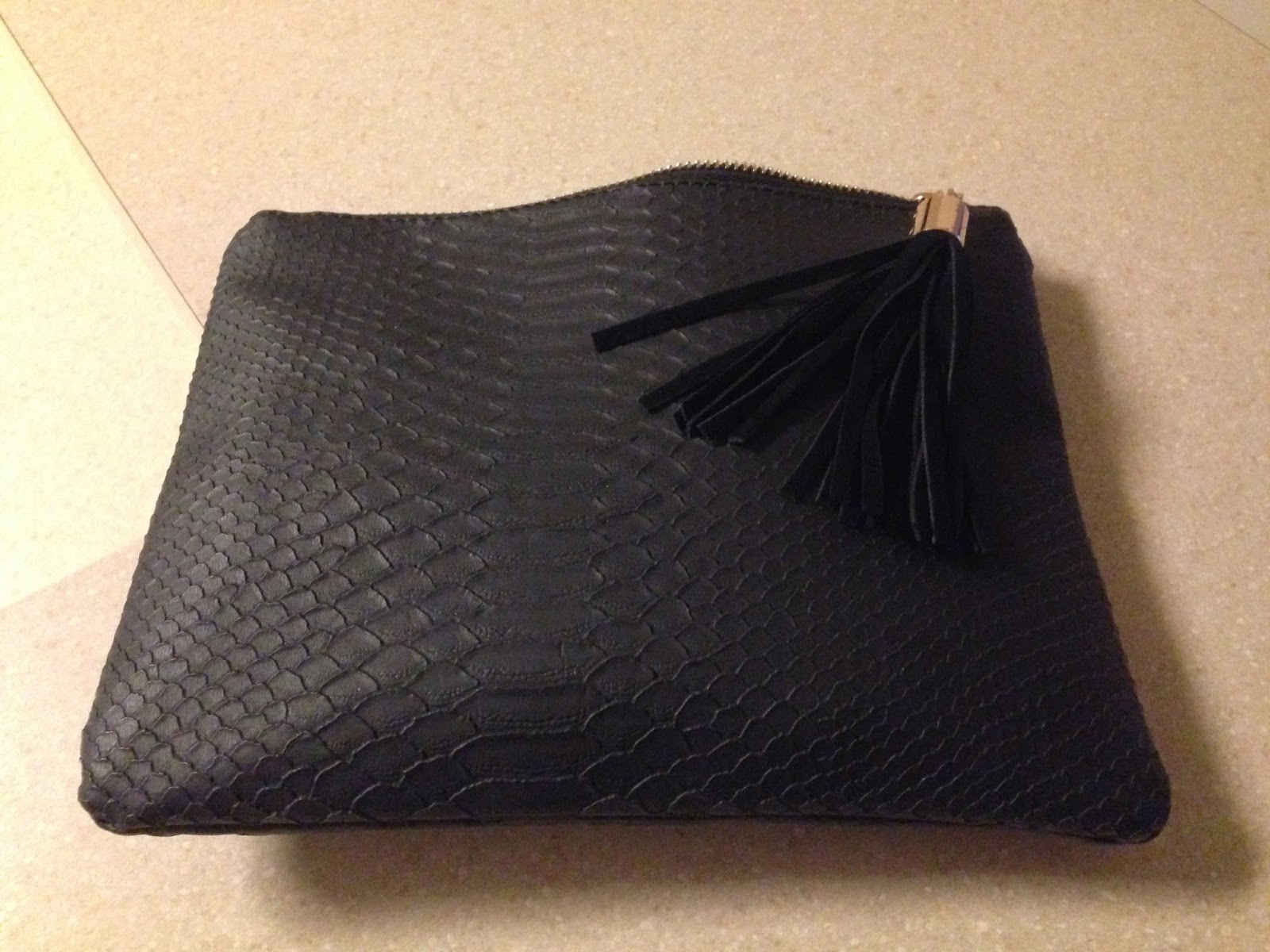 It was a perfect time to use the beautiful clutch Tanya bought me for Christmas! 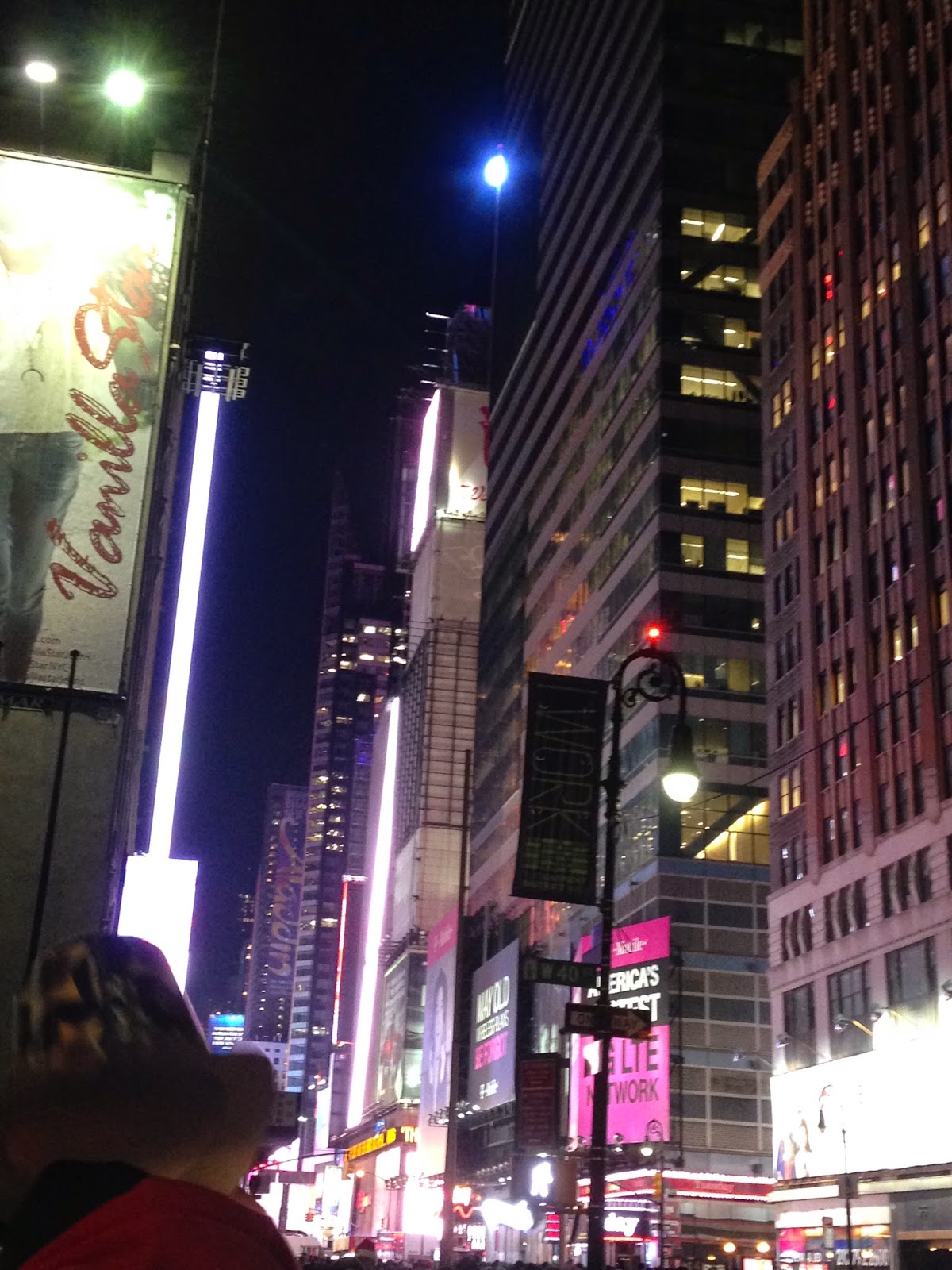 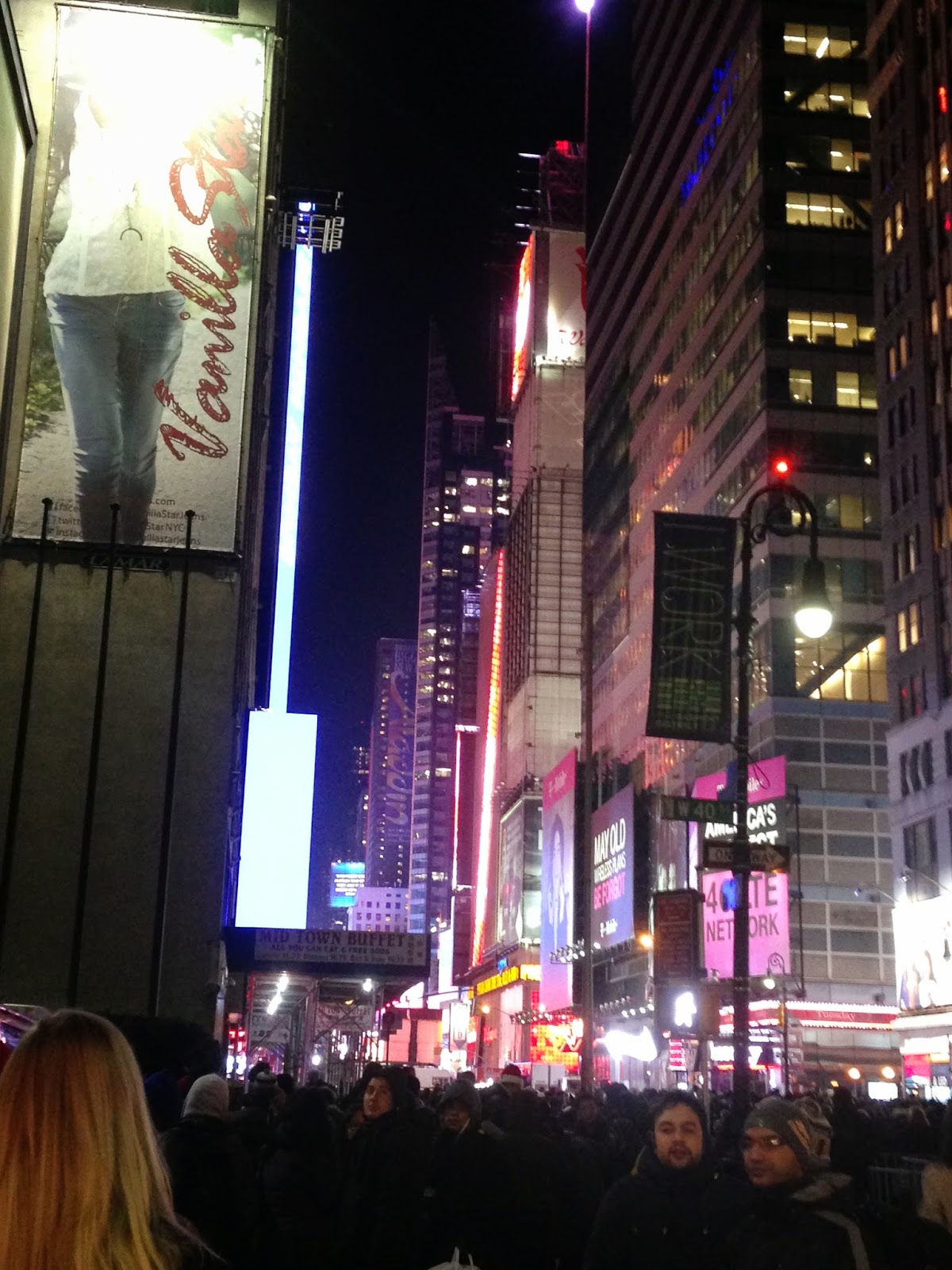 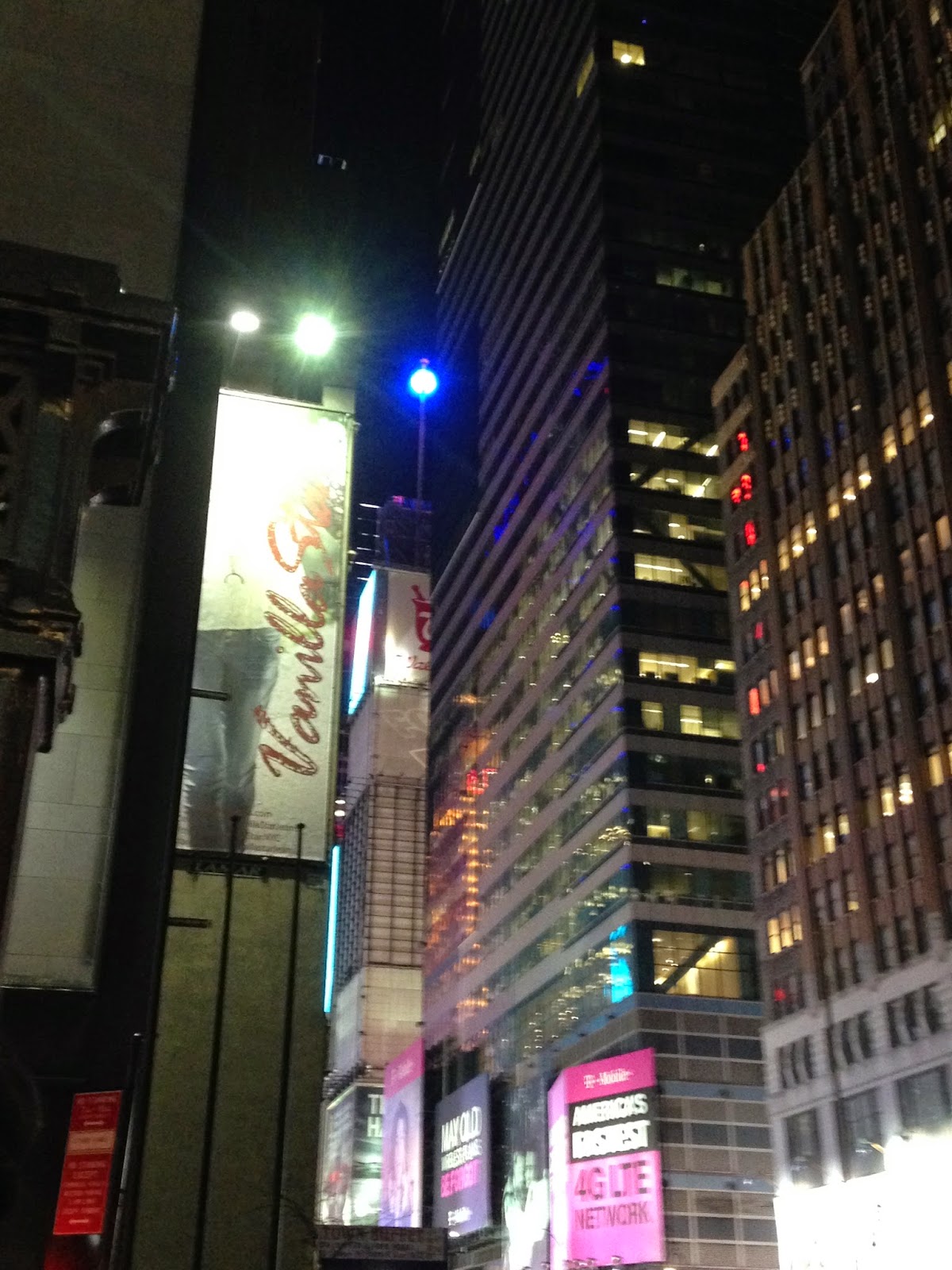 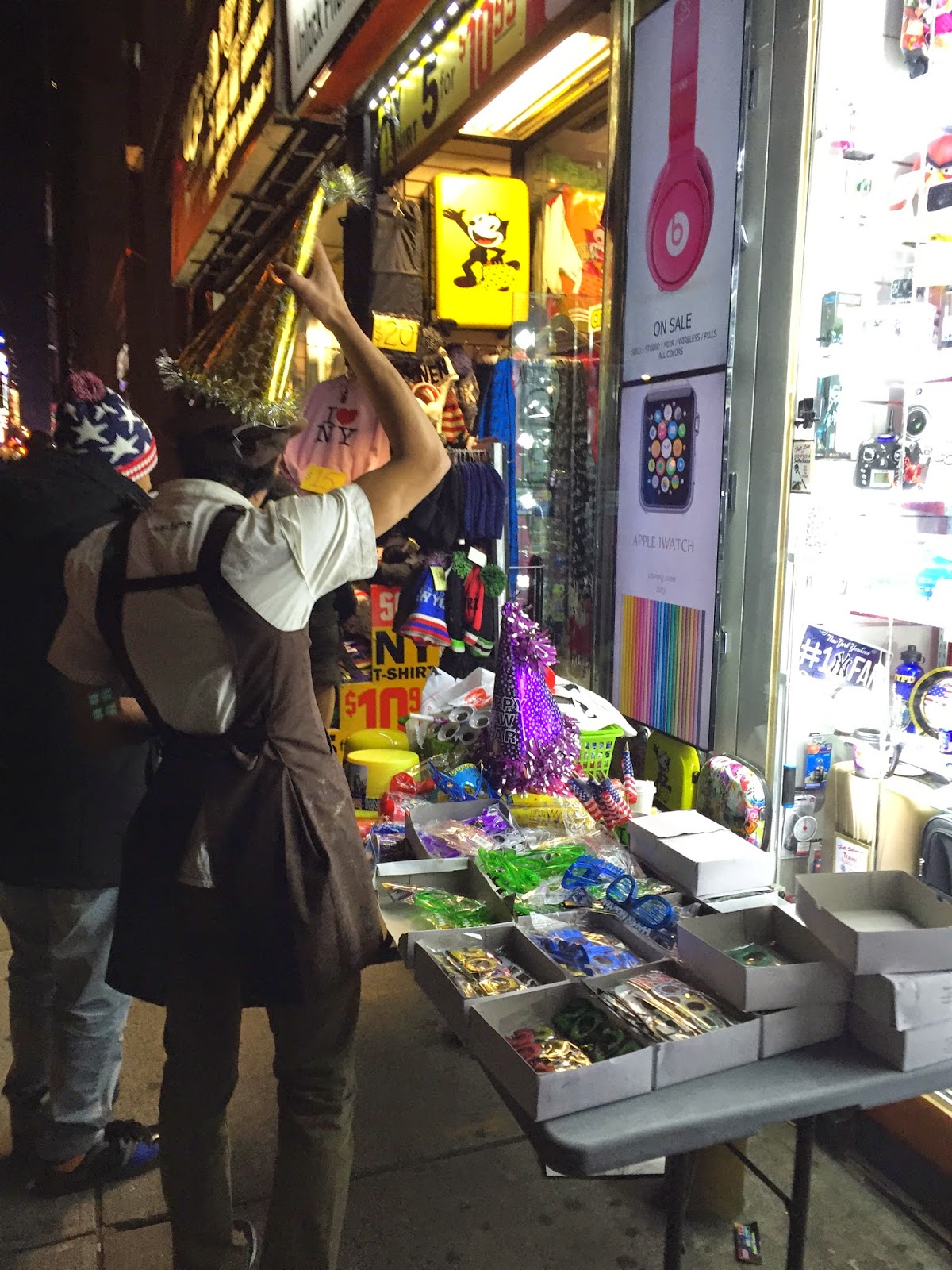 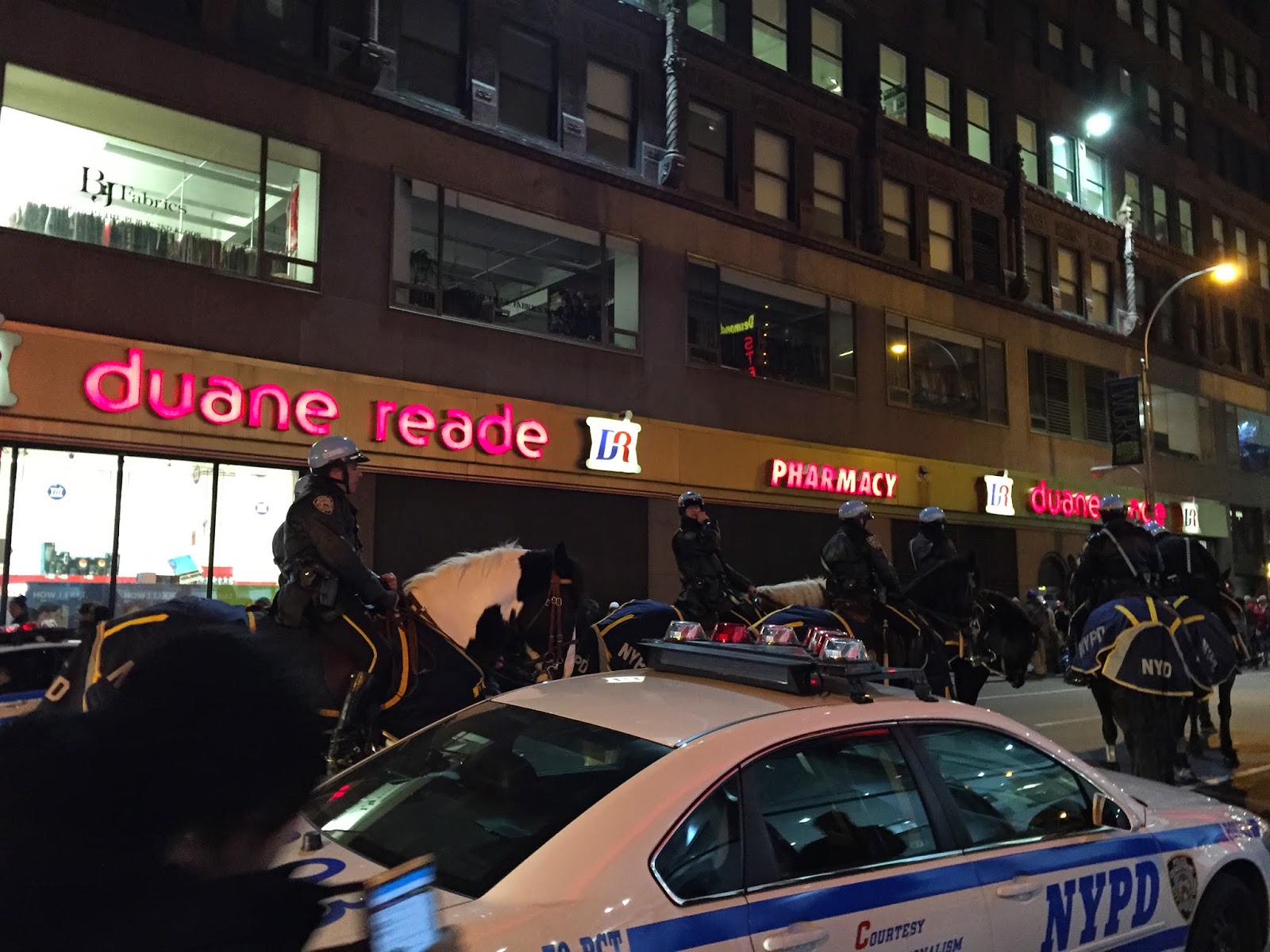 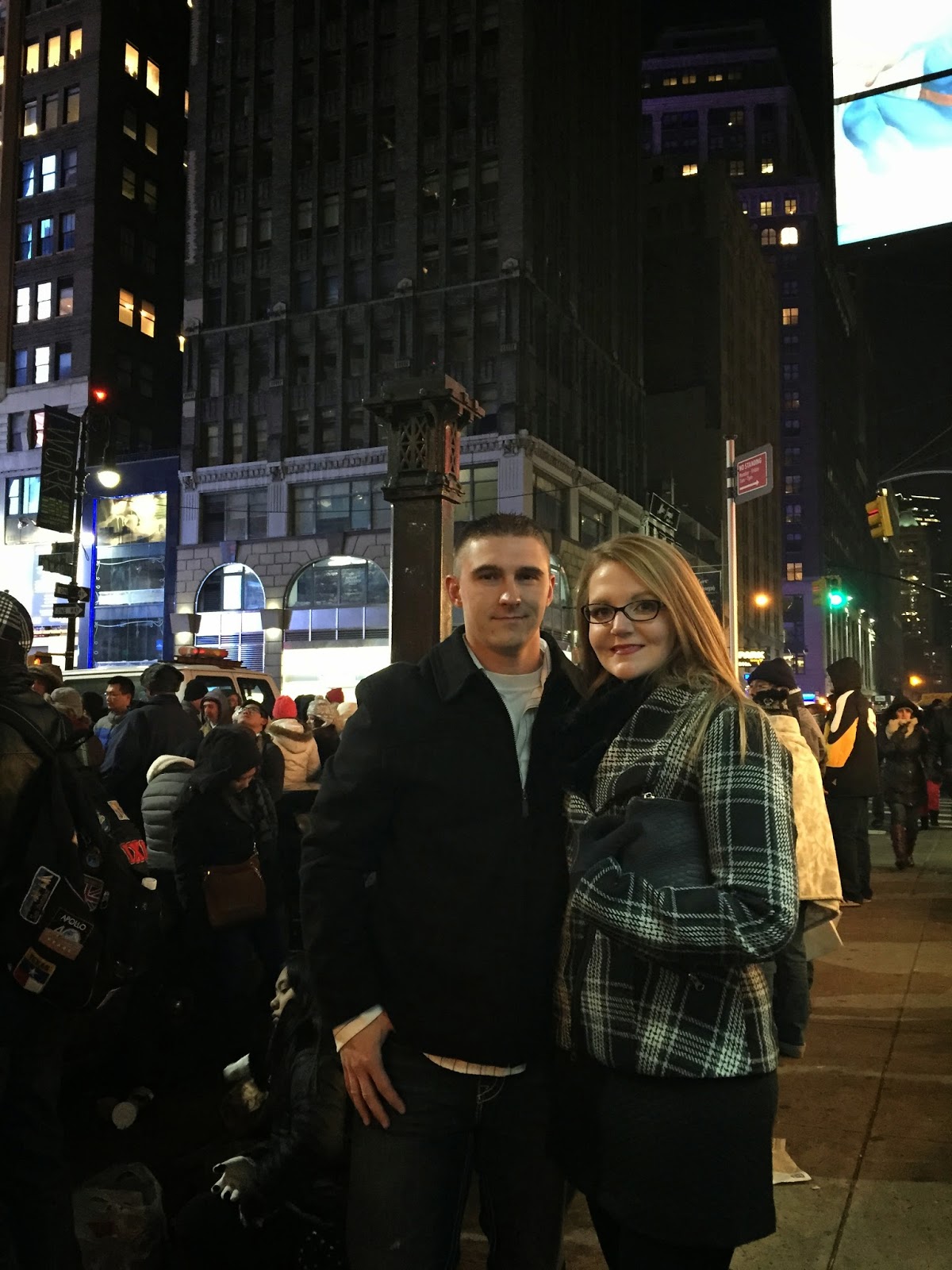 We got tickets to Beer Authority about two blocks from Time Square. We got tickets about a month ago I believe and its pretty much exactly what we did the last time we had NYE in Time Square only a different place. I'm not going to lie the tickets weren't cheap but what do you expect in NYC on NYE right? But I will say we got a fabulous table looking right outside onto the crazy streets packed with people, a all you can eat buffet, appetizers brought to the table, a complete open bar and table service... it was a good set up!

There were 8 of us in total and we had an absolute fantastic time! 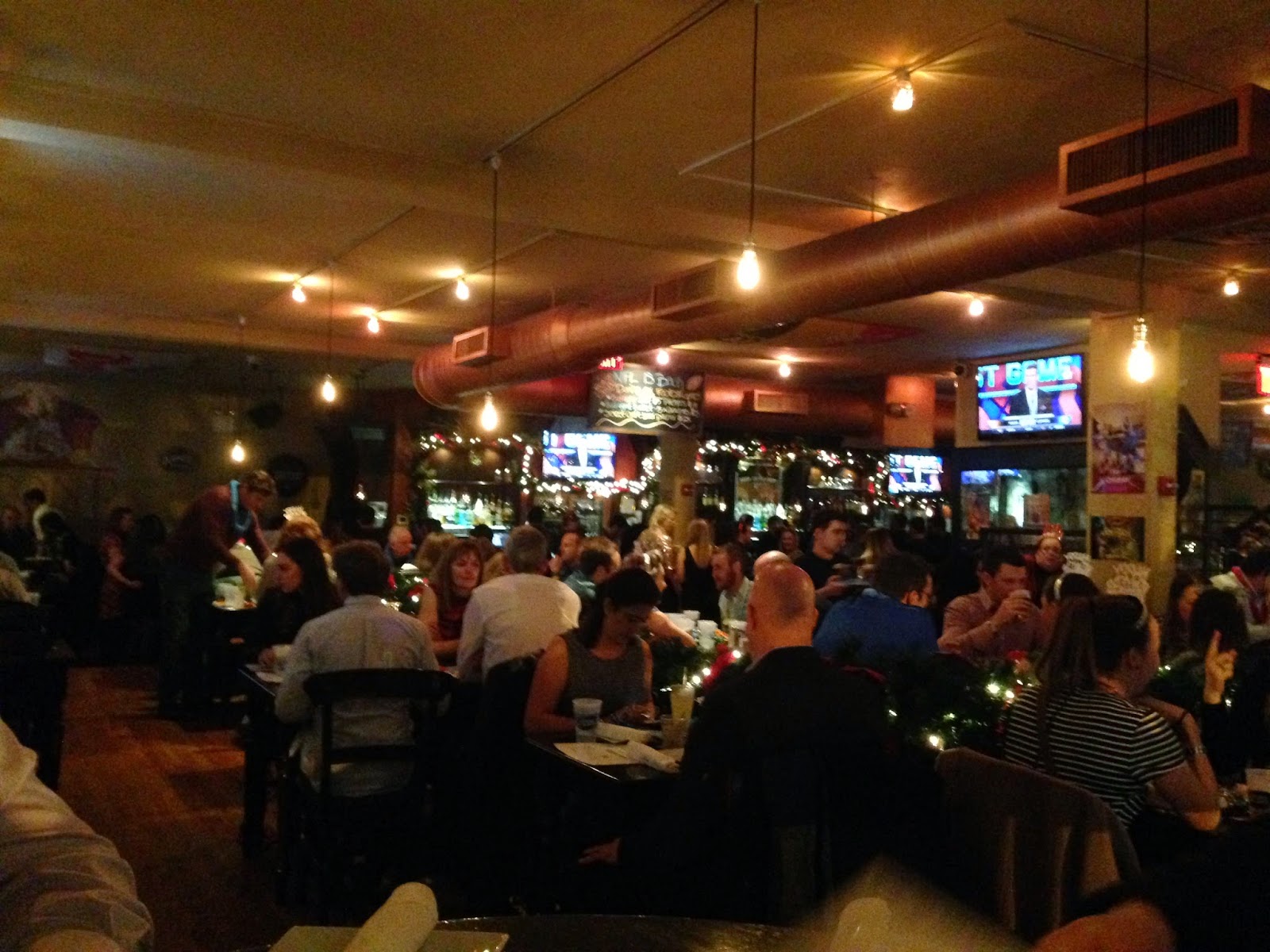 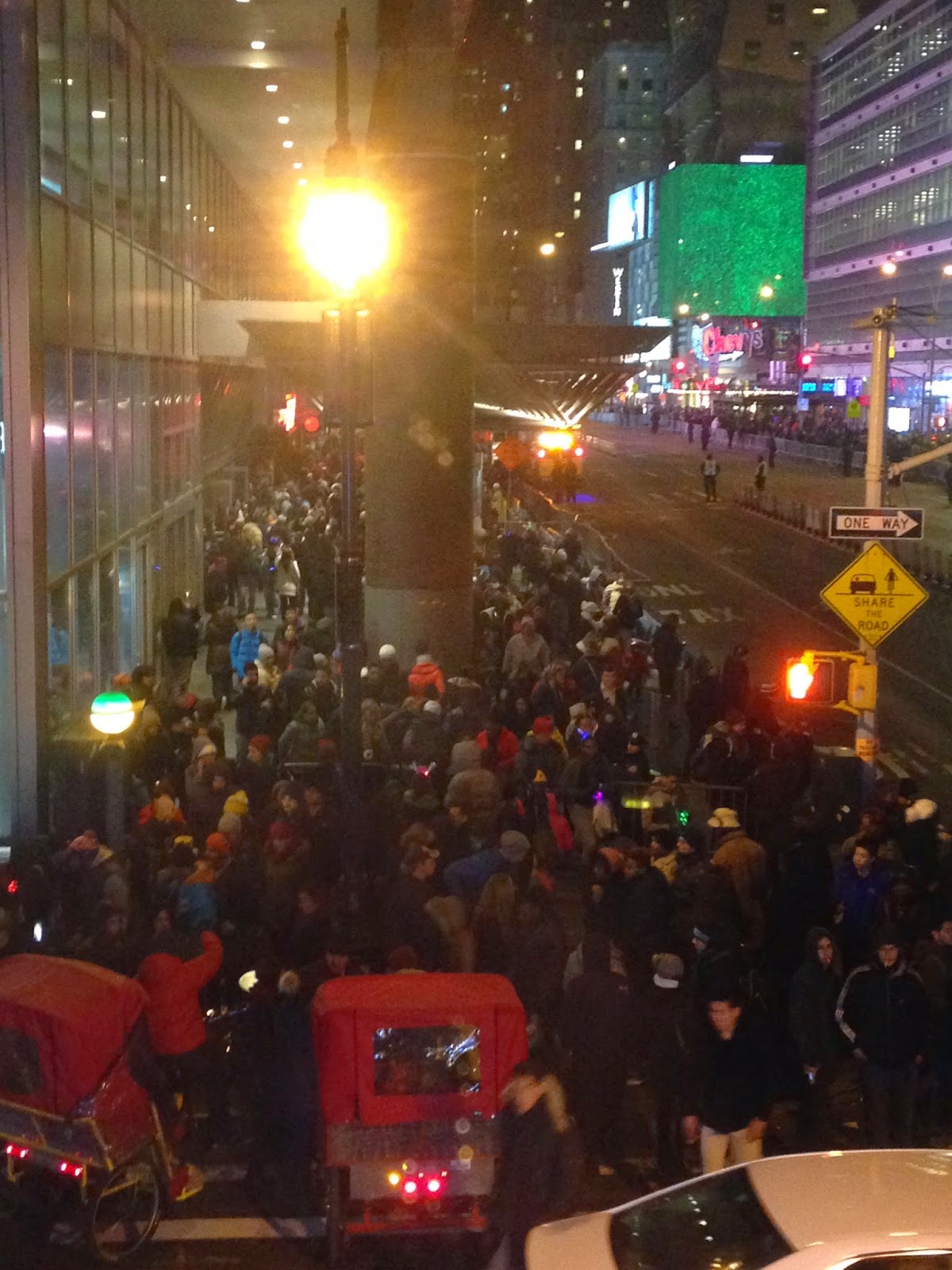 Let me just say this street was outside the restaurant, two blocks away from the ball.. I mean you couldn't even see it! What were all these people hoping to see? 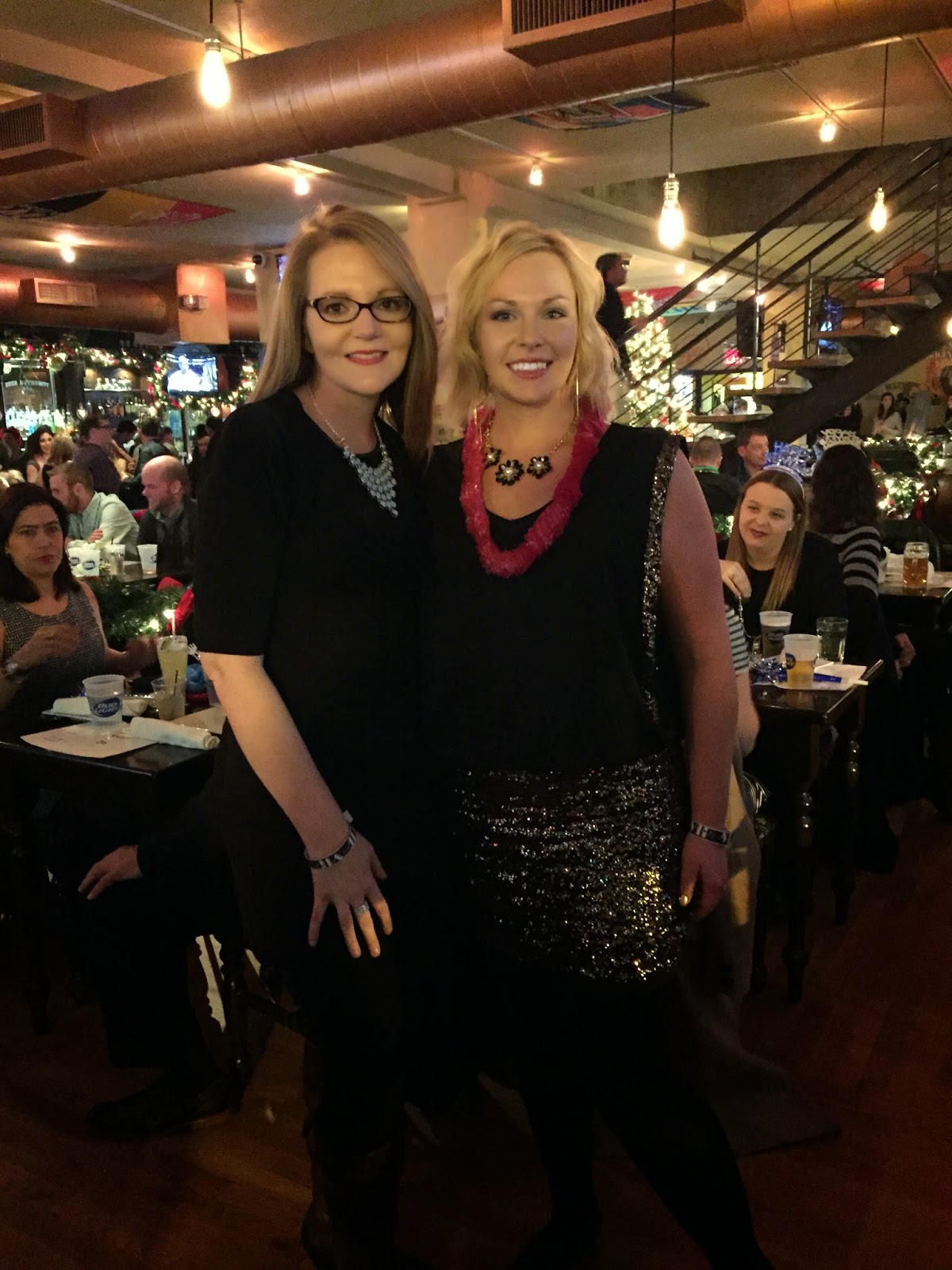 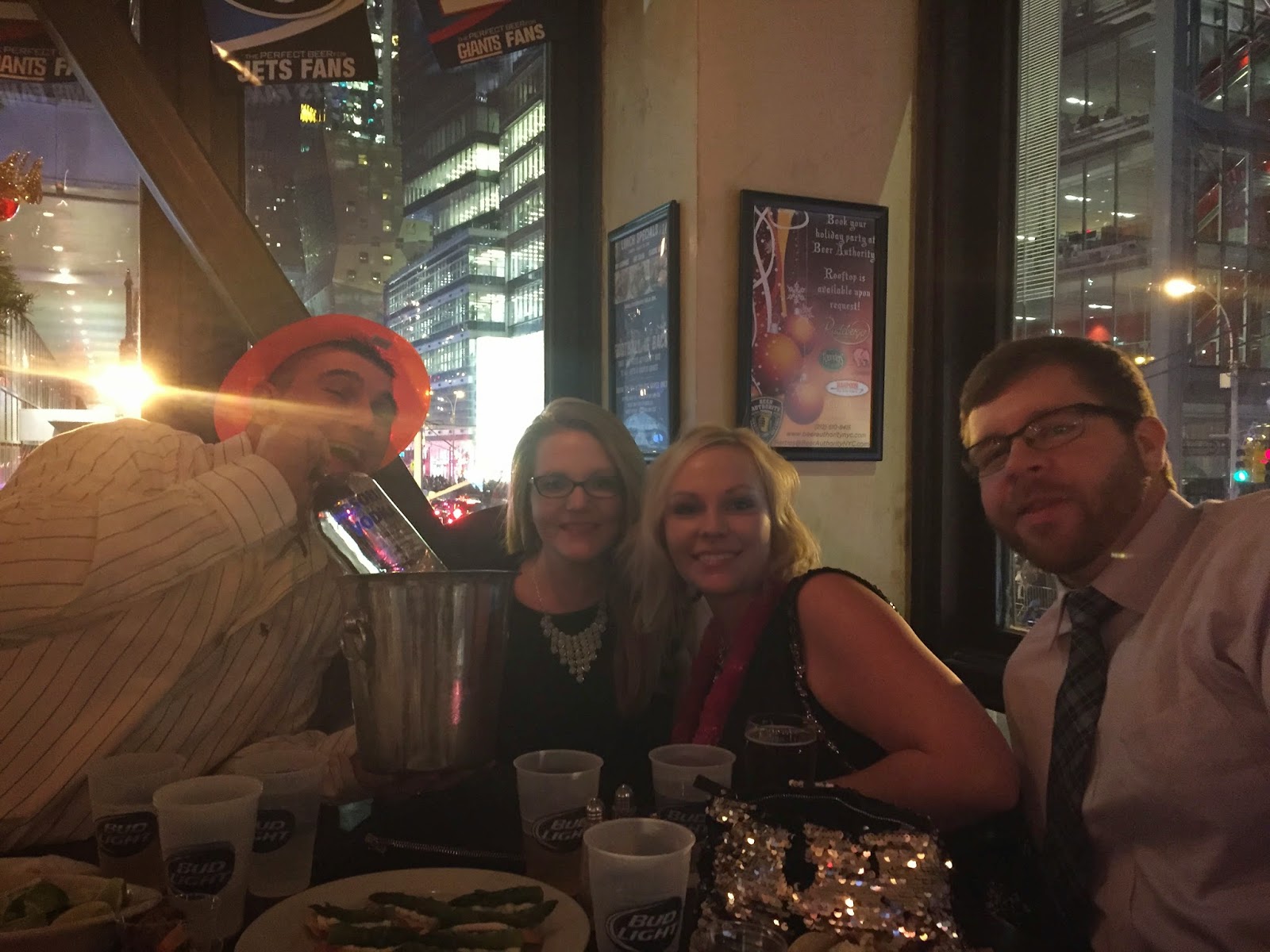 Jason, Myself, Tanya and Josh 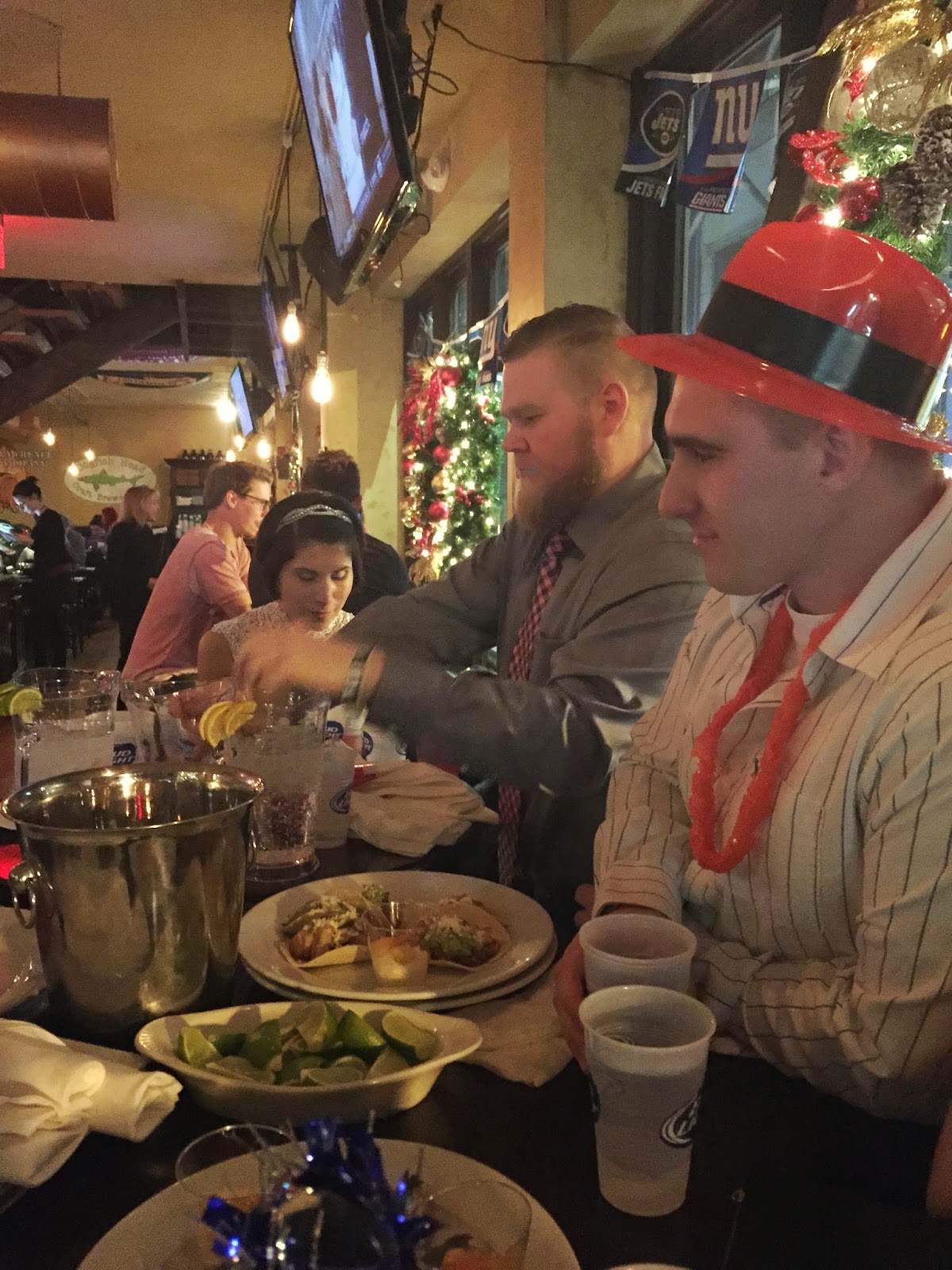 Victoria, Brett and Jason (no the limes on the table were not for tequila shots, they were for the tacos!) 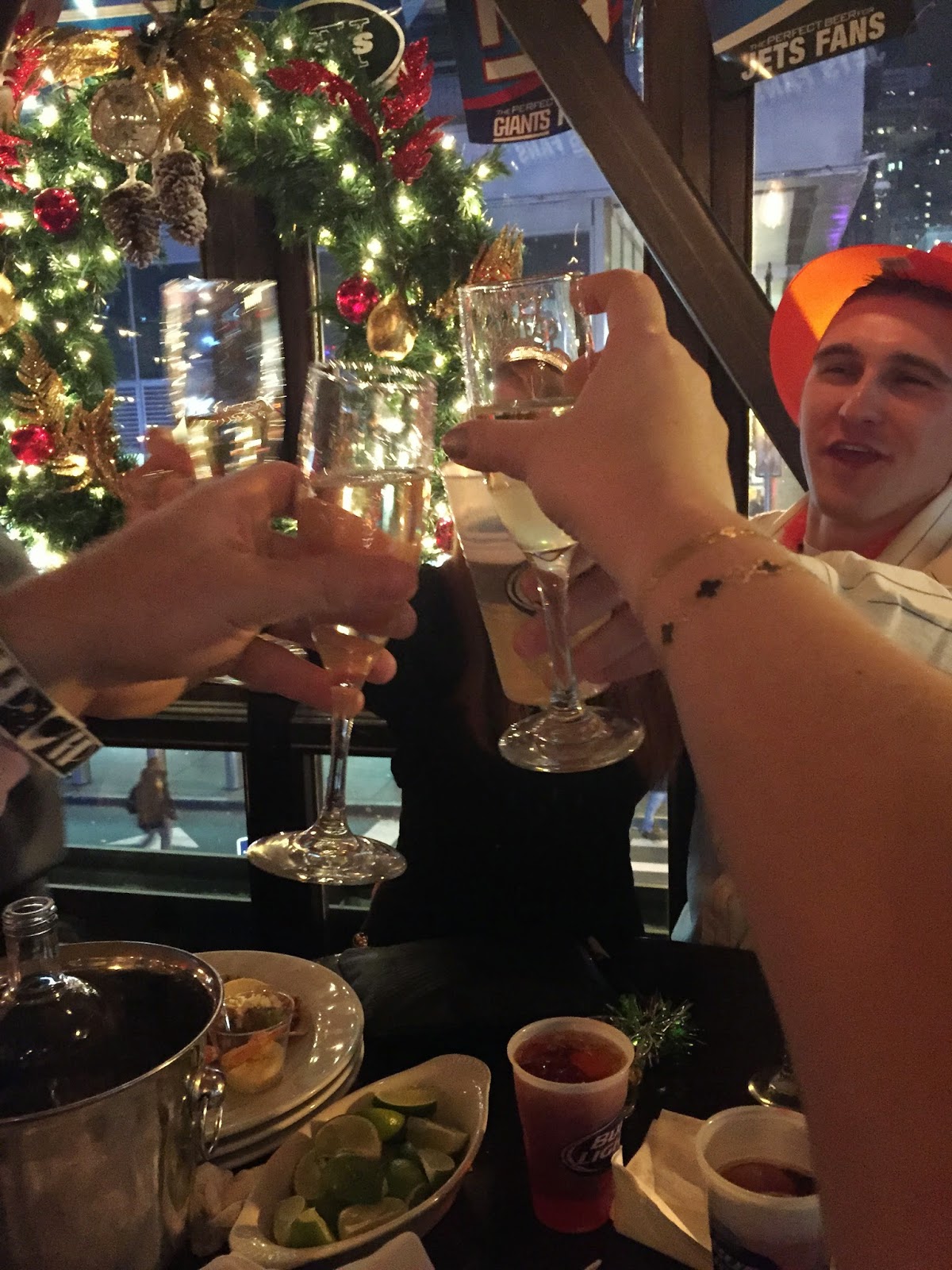 We had an absolute fantastic night, we drank, danced and had many laughs.. a fantastic way to ring in the New Year! By the time we left the restaurant it was after 2am and my feet were absolutely killing me, all the sudden. I kid you not I walked the entire way home, subway ride and all in my socks.. not to fear I tossed them in the trash when we got home. Jason and I were alone on the way home, we ate pizza (naturally!) and laughed and walked in around 3am.

I won't lie New Years day way not bad! I was up at 8:00am drinking coffee and although Jason slept in quite late I do believe it was more on account that he has been exhausted and working and not getting much sleep rather than because of how much he drank the night before. We had breakfast smoothies, showered and got dressed... and then napped. I absolutely NEVER EVER nap but let me tell you it was absolutely GLORIOUS!

Sadly when I got up Jason insisted on hijacking our plans to stay in and order take out because he decided he wanted to go to City Diner! I'm not going to lie I was not digging the idea, I didn't want to get dressed, go out in the cold or put on makeup.. period! If you didn't know Jason is very persuasive... 15 minutes later we were walking down the street! It wasn't THAT cold out or I was over dressed.. one or the other! The meal and service basically sucked for some reason.. that has never happened there but I had an amazing Chai Latte that made up for it. In the end I was still glad that we got out and got some fresh air before coming home and climbing into bed to curl up and watch bad TV.. good start to 2015? I think so!

I hope you all had a safe and happy New Year! I did not make a New Years resolution as I honestly don't believe in them but I did set some goals for myself and I plan to share them with y'all tomorrow!

HAPPY NEW YEAR.. all the best to you and yours in this year ahead!!