That's right folks as far as I'm concerned not watching the news these days is the way to go! After last nights episode I didn't think it was worth watching what was going on in the world today. Have you ever noticed that they really only report bad things? Bad weather gets more attention then beautiful sunny days to come, stories of the terrible things we do to each other, its really sad.

This morning I was up with the birds, I guess the cold medicine isn't going to work for me anymore either because at 5:30am I woke up to use the washroom and that was that.. I was up for the day! I laid in bed reading the lovely blogs I follow, catching up on Instagram for all that had happened since I last perused, responded to an few emails and then decided to get up and make a coffee.

I just want to let you all know that I have come to the conclusion this week that 1% milk in coffee is disgusting. I generally only use almond milk but this week with it being a short week and knowing we are leaving I knew we wouldn't use 2 jugs of milk so I decided to sacrifice the almond milk as Jason definitely wont use that for cereal. Well as I have mentioned a time or two I am a creature of habit and therefore I drink my coffee the same way every single day, 1 tsp raw sugar and almond milk.. not one percent.. and apparently for good reason, its flipping disgusting! I've never been much of a milk drinker period but once you get use to something its really hard to change. I use to use Splenda and when that wasn't available its substitute never felt adequate and now that I only use almond milk regular milk tastes like shit. I feel a Tim Hortons becoming more and more necessary until a Starbucks is within my grasp.

Anyways I just rambled a lot to get to my point, there was nothing on TV so early in the morning but I wasn't awake enough to think about actually reading a book, so I flipped through the mindless crap at my fingertips and settled on some good ol' fashion celebrity buzz with TMZ! Generally you can count on celebrity news to be mostly upbeat and mostly lies.. its fabulous! Not this morning!! Should we be concerned about this suicide epidemic among young celebrities? I'm not going to lie I don't watch the Bachelor or anything and am not familiar with the young girl from the show who took her own life earlier this week.. but reading her story made me sad. Followed by another young actor who was found this morning with a self inflicted gun shot wound? Regardless of the fact that they are celebrities they are young adults who obviously suffered from depression or some sort of mental illness and decided there was nothing left for them in this world and they ended their lives at their own hands.. horrendously sad.

I'm a big advocate for the importance of discussing mental health and making people feel like it is an acceptable topic of discussion, you shouldn't be ashamed of your emotions, thoughts and feelings. There is help, nothing is hopeless.. you are not alone.

My last two posts seem to focus on such sad topics... that is not at all intentional, I really am not in a bad place or anything but I tell you by watching the news you could absolutely get to that bad place quite easily. Jason came home from work tonight and naturally turned the news on, go figure.. he likes to know whats going on in the world, check the weather.. I think its a guy thing. Anyways the first thing that comes on is the police officer in Toronto being charged with murder of the 19 year old boy on the street car whom he shot numerous times and killed... TURN IT OFF!!! Turn of the TV, turn off the news, just turn it all off! This is why I have a DVR.. this is why I skip commercials and don't watch the news! This is what comes closest to putting the kibosh on my baby fever! Who wants to bring kids into a world like this?!?! Geesh!

Anyways! I'm feeling quite a bit better today then I have! I have spent the last few nights like this... and its helped! 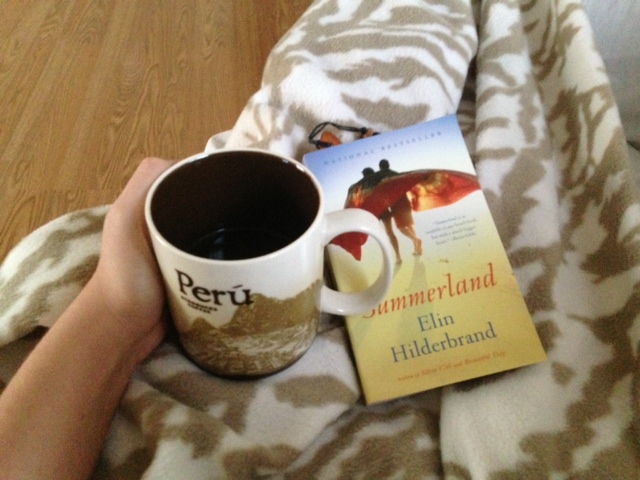 Today I made a roasted chicken for dinner, we wanted something light so I thought it would be great for sandwiches as chicken is extremely expensive here and these whole chickens have been on sale! I'm not kidding you when I say expensive.. I'm not overly cheap and we lived in Alaska where everything was crazy expensive because it was brought in on a barge (no kidding a bag of chips was $6) but here, chicken is outrageous, you would think they were protected or something! For 6 pieces of boneless skinless chicken breast it ranges from $24.00 to $42.00 depending where you go... I kid you not! So this was dinner... 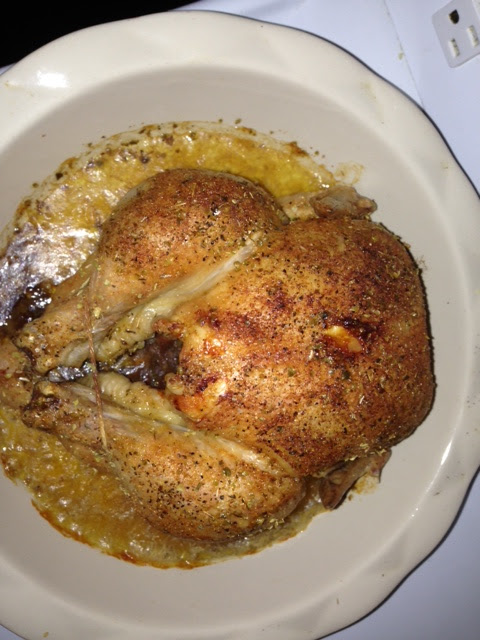 While waiting for Jason to get home I was face timing with the fam while making dinner, I can't help but miss the usual shenanigans that go on there! It's always bittersweet to see everyone's faces and feel like we are apart of things with face time but not really be there! I am holding out hope for a visitor before the end of the year... having said that Jen might be off that list as my hair was a topic of conversation when we were chatting and I so interestingly received this lovely pin from her tonight.... 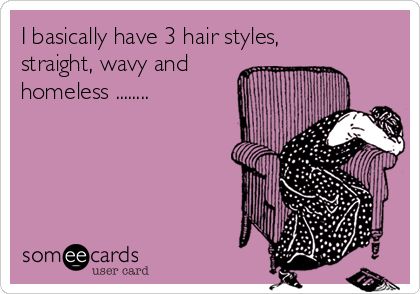 Coincidence? I think not!! Haha don't worry Jen I don't take it personally, today was a homeless day! If you can believe it I didn't put on makeup all day and even went to the gym like that.. silly I know but this is not the norm for me!

So that's my scoop for the day, I promise to be back tomorrow with something more fun and lively! I'm jut getting antsy for this week to end and us to get on a plane!! It feels like the week before Christmas or something I tell ya!!

Before I head out for the night I do want to thank everyone for their wonderful messages after yesterdays post and for sharing your personal stories with me, I absolutely love to read your messages! I have also noticed that there are a bunch of new followers around here and for that I am very grateful, I hope you stick around and enjoy!

Have a great night everyone!