Happy Friday all! Hope everyone had a great Halloween last night!

We weren't sure how many kids we would get on account that we've never lived here before and haven't spent enough time here to scope out the neighborhood and get a feel for how many kids actually live around here. We had about 25 kids come to the door which I thought was good, probably about what I expected. Truth be told though I was a little shocked about how Halloween takes place for kids today compared to when I was a kid. If you went out, you dressed up... do you know how many kids came to our door that were not dressed up.. LITTLE KIDS!! What is the point in going out for Halloween in a Hollister sweater and a pair of jeans? Your 8, get in the spirit! Not only was there a huge lack of costumes but parents drive their kids around? Since when? We usually had a wagon full of my Dad's loot from his friends as we walked around, there were no mode of transportation!! I can understand for little ones who are just going to their grandparents and such but when you're 8 years old, you walk your ass and work for your candy!!! Oh today's generation, so lazy!

Anyways I am still on catch up mode in regards to all the time I missed while life was hectic and crazy! I am almost there though and then we can move on to bigger and better things. As you know if you follow me on Instagram when we got home we were able to make it to the North Carolina State Fair! When we lived here before it was our intention to make it to the State Fair as I had never attended one and unfortunately things didn't happen that way and we didn't end up making it. That year at the fair many people contracted Ecoli from the petting zoo and died. I kid you not. I personally love a good petting zoo, or should I say I use to!

Last year we went to the Alaska State fair which was amazing! We drove out to Palmer and although it was September the mountains out there had just got a fresh blanket of snow and it was beautiful! We spent hours wandering around and eating and it was fabulous! I don't go on rides, I just cant do it if I want to hold my funnel cake so our fair trips generally require a lot of walking!!

I believe Sunday was the day we made it to the fair, forgive me as days seems to not mean much to me lately! It was the last day for the fair though and Jason assumed it wouldn't be too busy as most people would have at this point probably made multiple trips! NEGATIVE! We had to park well over a mile away and you could barely move once you entered the gates! I couldn't believe the amount of people there and the line ups for everything! Again thankfully we don't do rides so there were a few food lines but nothing major!

I'm not sure if you saw it on the news but as this year passed the fair here didn't pass without hitting the news in a negative way a time or two! Unfortunately there was an incident with a ride where the people were getting off and the ride started up again causing injuries to many, the gentlemen in charge of the ride was placed under arrest and although charged is fully cooperating with the police and has since been released feeling extremely awful. A gentlemen was also arrested for taking pictures of little boys in the bathroom, lovely right? Some people! There was another incident but I can't remember. I suppose these things happen everywhere, when you get crowds like that there is bound to be trouble somewhere.

Anyways check out some of the pictures I took... 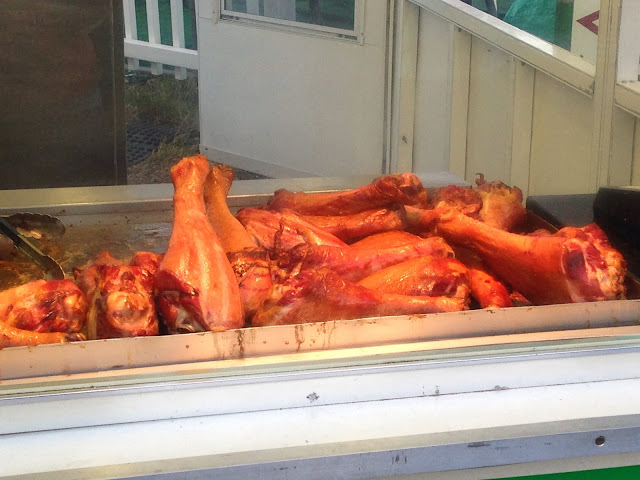 Smoked Turkey legs, this is why Jason goes to the fair! 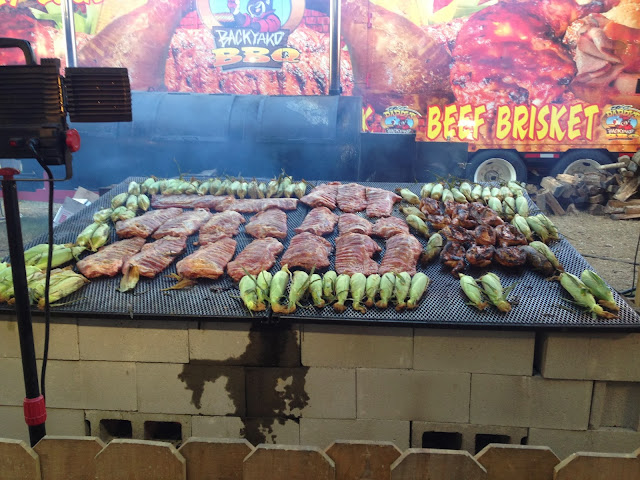 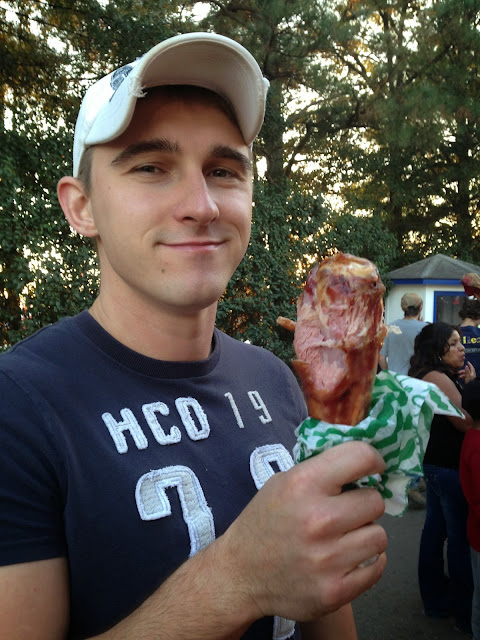 That's a happy face right there! 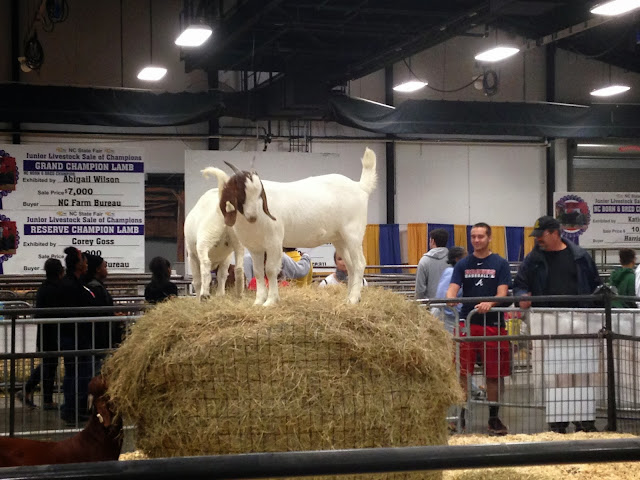 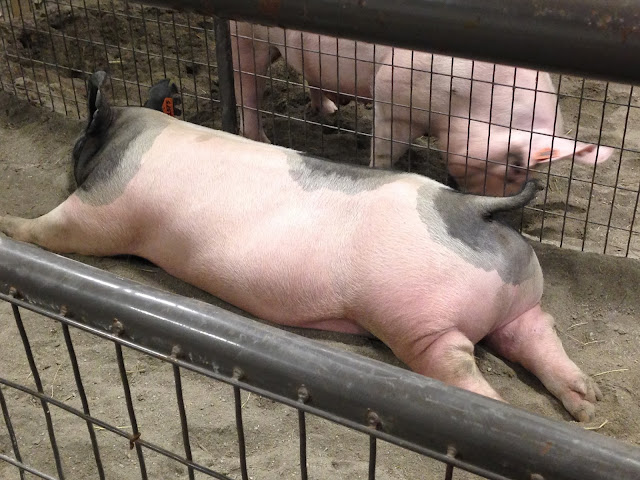 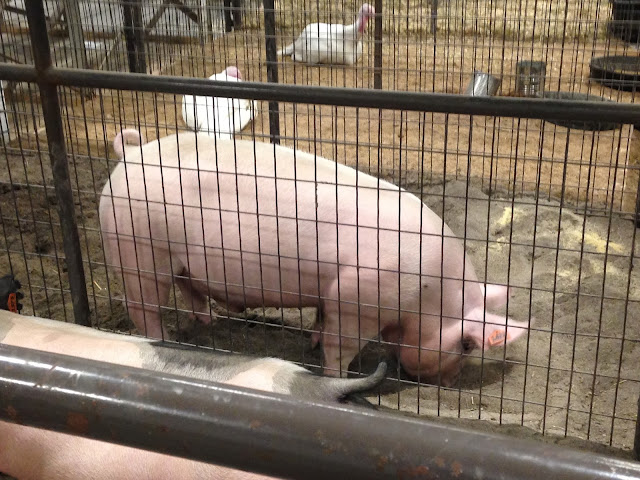 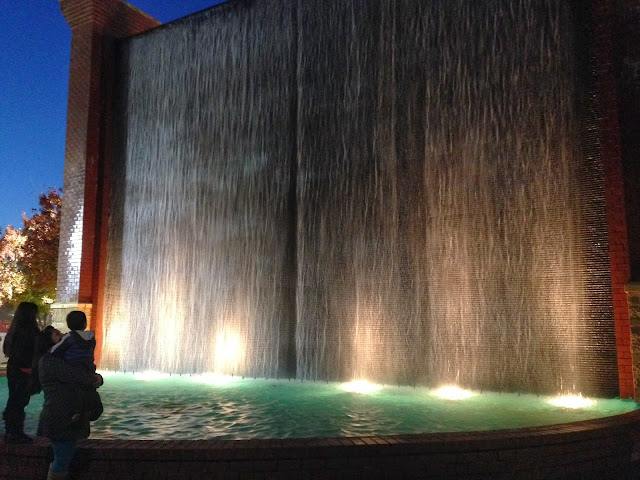 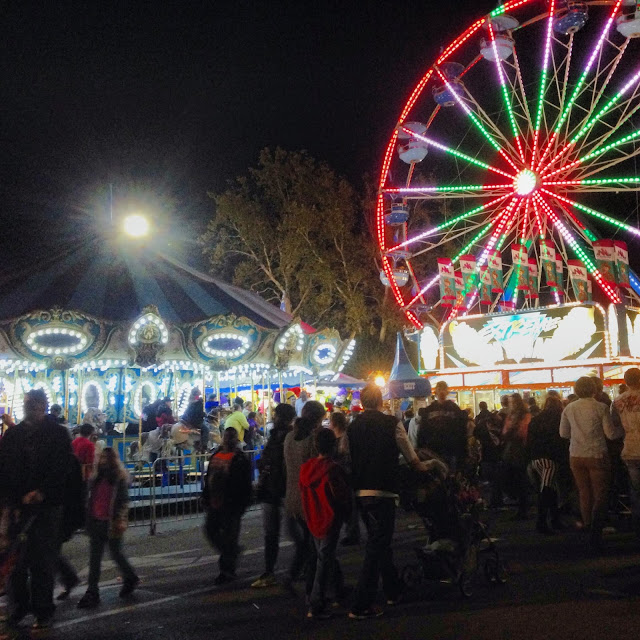 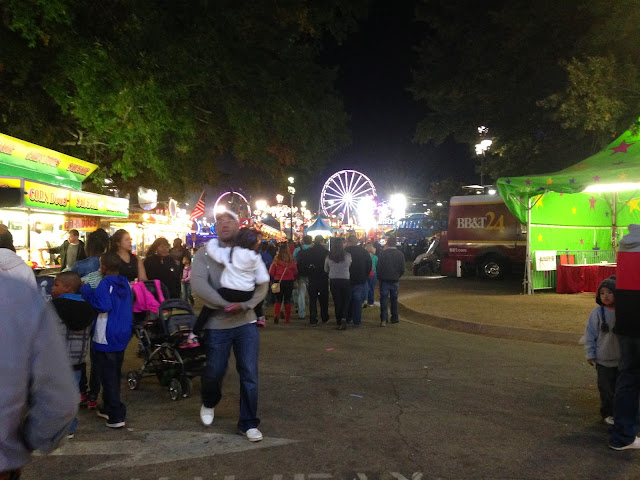 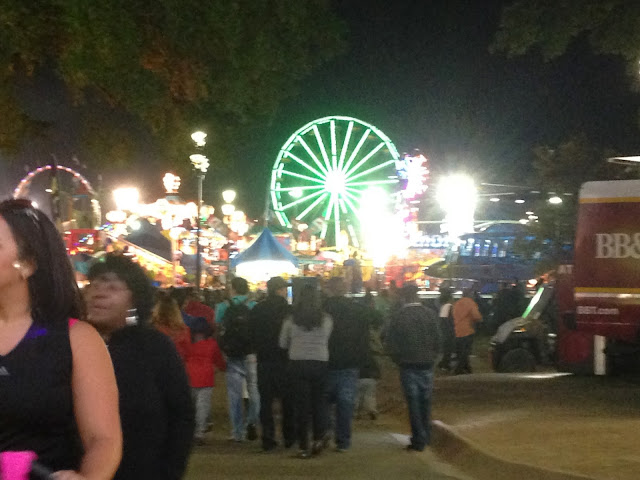 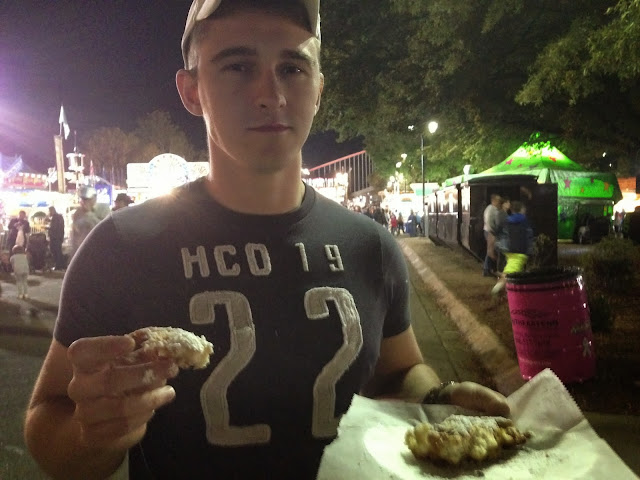 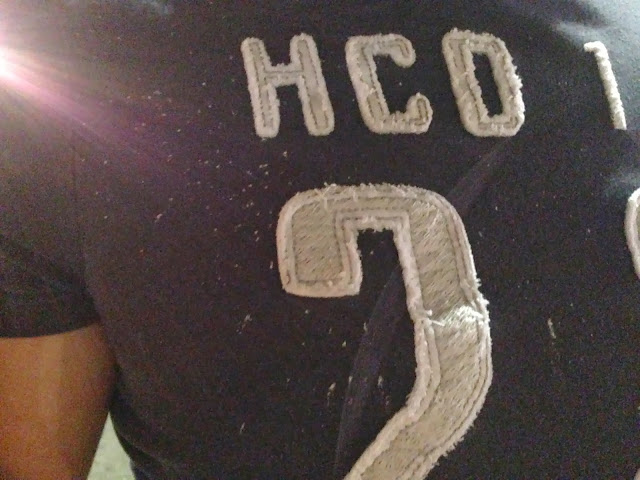 You're only eating them right when this happens. 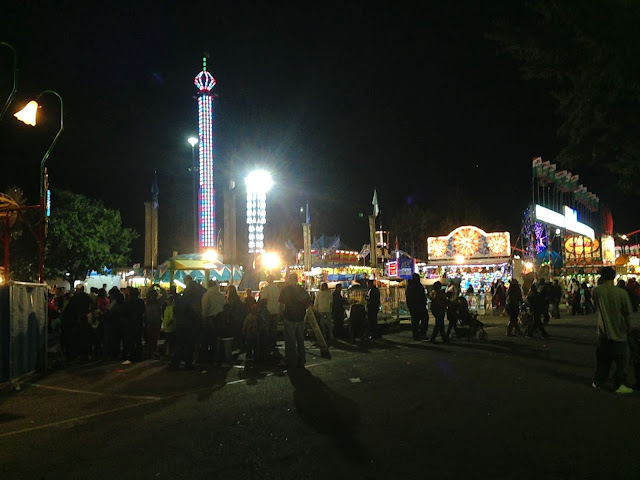 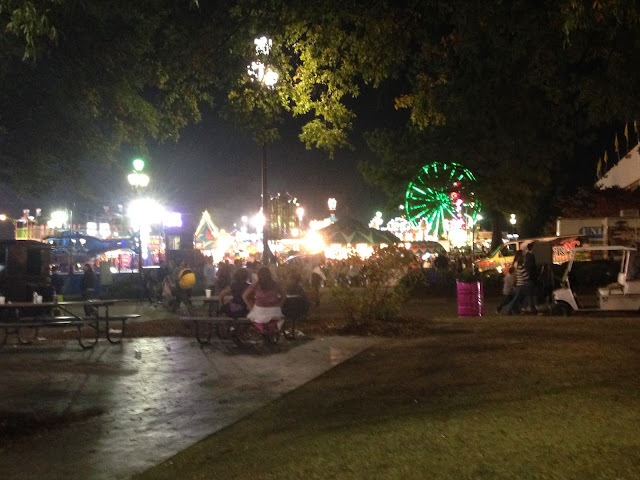 So that's it for the State fair! We managed to get out of there with little traffic and stress.

In the meantime we are still dealing with house repair people! If I didn't mention before the construction superintendent we dealt with through the entire build process is not longer with the company (don't really know what happened there) so two days ago we met with the new superintendent, Carter. Truthfully I had high hopes after our meeting as he did not diminish any of our concerns and basically said that he would start scheduling people and would be done on Wednesday.. which is fine because he was only getting until Wednesday! I refuse to spend the time we have here dealing with a construction zone because these people cant get their shit together. So it has been two days since we met with him and nobody has been in to do work and we have no received a work schedule. There is a gentlemen coming this morning, he was here already this week and late both times.

I'm not going to lie I am SO OVER dealing with this bullshit and these people! We are suppose to hear from our sales rep every week, I don't even think I remember her name its been so long since we've heard from her. If I can give you any advice that I really encourage you to listen to.. DO NOT BUY A HOME FROM KB HOMES!!!!!!

Yes that's how I really feel. Our first home buying experience has been a total bust and it is all because of their lack of professionalism and overall having their head so far up their asses they don't have a clue. End rant.

So after said repair man finally shows up and does what needs to be done Jason and I are heading out to get a few things done. Its a little chilly here today and raining, yesterday was a lovely 79 degrees! The Seavey's are coming up tomorrow and Jason is making a seafood chowder! Obviously I don't eat seafood chowder (as I am deathly allergic to shelled seafood) and I absolutely hate that my house is going to stink but I'm hoping it will be gone tomorrow!

I'm not sure if I will make it back this weekend, but I will definitely try! If not I hope you all have a FANTASTIC WEEKEND!!! Good luck to my Dad and brother who are headed to hunt camp for a week, BIG DEER GUYS, BIG DEER!