No I'm not going to bust out into an Allan Jackson song, although truthfully when someone says "remember when" that songs starts playing in my head... funny how that happens.

Lately I've been reflecting upon the absolute bliss of being a child, this may or may not have something to do with Christmas and my over the top obsession with cuties... I kid you not its taking on a life of its own. The other day I only had 3 left and had to make a special (not so special) trip to Target (I could go to Target every day) to get more. Last night for dinner I had a glass of wine (obviously not child like) and 5 cuties! I suppose in all fairness its helping my waistline! 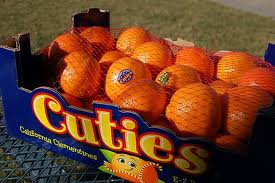 
Anyways before this post goes off in a completely different direction... I've been thinking a lot about being a kid again and how life seemed naturally far less complicated. I don't remember worrying about war and terrorism, but now its hard to remember a day where you could drive down the interstate and not see a billboard of a woman wanted for murder and her connection with terrorism. Side note - This actually happened, we were driving back from Saskatchewan and we were in New Jersey and I saw the billboard and said to Jason how sad it made me, that this is the world we live in. I actually wrote it down that night for an idea for a blog post and lost it in my ridiculously large purse. I don't remember worrying about terrorism as a kid. Obviously war is not anything new but I don't remember it being so prevalent in everyday life, I definitely don't remember the fear. I can't help but wonder if that fear of the unknown came directly from 9/11 and that's when a kind gesture was looked at suspiciously, when you always looked twice at the person standing next to you, wondering who exactly they really were. It's as though the good is gone.

Politics definitely take on a life of their own when you are an adult, or maybe people just care more now then they did years ago because as it seems things are so screwed up. Politics are often in your face and not in the usual way. Everyone hates Obama and feels the need to say it, post it on social media, advertise it on the bumper of their car, don't get me wrong people are entitled to their opinion, but there is a little part of me that wonders where the hate and distaste stems from. Then you have good ol' mayor Rob Ford.. need I say more? The infamous mayor of Toronto who made headlines around the world for his crack addiction and heinous comments about the things he does at home with his wife... yes he is still in office. What the hell?

Do you remember the days when everyone wasn't dieting? That the 'perfect body' wasn't 100lbs, the days when 8 year old kids didn't have eating disorders. At one time Marilyn Monroe was said to be beautiful, the body you wanted to have... that woman was beautiful, curves and all. Speaking of dieting, when I was a kid I also don't remember everything being organic either, or Paleo... people jump on these band wagons and don't get me wrong I am ALL ABOUT clean eating and being healthy, you only get one body.. take care of it, but people.. a carrot is a carrot I promise you a $5.00 difference in price means nothing but that you are willingly getting suckered! A CARROT IS A CARROT!

I miss a world where not everyone had cancer. I'm not naive, I remember as a kid people having cancer and I guess you have the luxury as a child of being shielded from the hurt of sickness and loss, but it seems so much more prevalent now. I appreciate that a cause brings people together, I have great admiration for the fighters and survivors and great sadness for those who lost their battle. I think its important to donate because lets be honest in one way or another everyone has been affected. Donate, participate, raise awareness because the sad truth is sooner or later it will hit closer to home then you can bare.

When did the world fall apart? When did it stop being safe to send your kids to school because you had to worry about kids bringing guns to schools, killing their parents and each other. The disgusting amount of school shooting that have taken place in the last 5 years is heart wrenching. Why? Where is a safe place? Is there a safe place? Is there a place to hide from guns and violence, cancer and war?

Its sad to think that violence seems to be the answer for so many, politeness and manners, using your words has completely gone out the door. Helping hands are what seems foreign to us now. The new and social media blast the smallest good deeds like they are an act of heroism because they are now so few and far between, this makes me sad.

I remember the days when my biggest worries were waiting for school to end and maximizing the little bike riding time I had. Those last few LONG drawn out school days waiting for the freedom of summer where life was filled with swimming and bike riding, out with your friends until the street lights came on. No worries because everyone knew everyone in the neighborhood and there was no fear that someone might take your child and do unspeakable things, there was no fear. When did it all change?

Sometimes now the idea of having kids seems to scary, is this a world you want to bring children up in? Things aren't the same now as they were when I was a kid, not in cities or small towns.

I often wonder where this all came from, how it changed. I watch shows like Criminal Minds and CSI (everything.. lets be honest there is like 12 CSI shows, right?) and cant help but wonder are we putting ideas in peoples heads? Are we giving the already unstable individual the "perfect crime". Maybe I'm grasping at straws but so many believe that violent video games make children violent (that is a basic statement, not reflecting an opinion of my own), so does violent shows make adults put violent thoughts into action?

I wish often I could be a kid again, living in a world where bad things didn't happen. Those days of curling up on the couch with Mom to watch a movie, building snow forts in the backyard with Dad.. trying to fly under the radar so I didn't have to get out of the pool and go to bed. Cherish the small things, because sometimes the big things just don't allow for it.