First of all I think you all suck, except Cathy! I sent you all these awesome pictures from our hike on the weekend and not one of you commented.. THEY WERE GOOD!

Nothing exciting is going on here..its been fucking raining everyday for the last two weeks.. kills me! HELLO SUMMER.. NOT! We went from Alaska winter right into California winter and its just not going away. On my day off I planned to get up and go and get my hair cut and scope out some potential summer work wear and I woke up to it pouring rain so I said screw it! I ended up going over to Jennie's and having tea! It literally POURED rain all day yesterday.. at 11pm I was laying on the couch watching TV and naturally it was still light out but POURING rain.. it never ends.

Jason and I did go scope the rental house everyone is staying here when they get here, Jason already went and checked it out on his own but he took me last night and it looks great, super great location and its super close to us.. all good things! I feel like June is so in the way of them getting here.. honestly!

Oh I learned how to make booties on Monday, Deanna brought her crocheting stuff after lunch and she showed me how to make slippers.. I rocked at it too! I really enjoy an afternoon when I get to do something I like and learn new things.. plus is makes the day go by so much faster. Check it out... 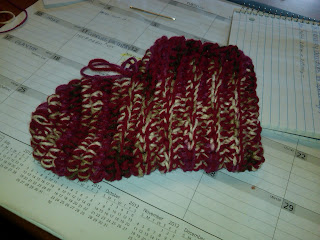 So I believe Tom and Deanna are off to Homer as of tonight, no one told me for sure! I did talk to her however before she left and I said that because I would be working basically the whole month of September on my own and I would obviously not get the time and a half required by Alaska state law that I would really like to have those days as well with my parents. I don't see why not, Its going to be so hard to work at all while they are here so I don't think this is asking a lot considering what I do for them ALL THE TIME. She didn't give me an answer she said that she would talk to Tom and let me know and I haven't heard anything from either of them.. I will make sure to ask again next week.

I cant believe tomorrow is only Thursday.. FUCK! These dark and dreary days make everyday so long.. I cant handle it.. Ive been researching hot vacations and although we know that we are going to Hawaii as soon as this job is over Ive been looking at Bora Bora. however apparently no matter what state you want to fly there from its over $3000 per person.. Jason would never go for it.. but for a second.. I saw us snorkeling in the crystal blue waters.. it made me smile.

I guess that's really it, I finally gave in a made a doctors appointment with an American doctor for next Tuesday.. I'm not happy about it. I would so much rather fly home but that would be a little more expensive!

Oh.. tonight we went to the Olive Garden, I LOVE the Olive Garden! Neither of us can remember if we went when we were in North Carolina but we've been to Olive Gardens all over the lower 48 and we absolutely loved it in New York! So they just opened the first one in Alaska a month or two ago and so we thought we would let it die down and then give it a whirl.. so we've been talking about going for a long time and finally tonight we went! Jason picked me up from work and I had taken clothes to change and off we went, its WAY on the other side of town and when we got there the place was PACKED!! 45 minute wait for a party of 2, we knew this would probably be the case but we planned to wait.. Jason said he dressed up he was having Olive Garden. Luckily we were smart and kept an eye on the booths in the bar and we got a table in 10 minutes! I'm not going to lie we waited FOREVER for a drink, FOREVER for salad and bread sticks.. which lets be honest in the Olive Garden should be on the table when you get there. Our meal took FOREVER to get there, our waitress was amazing at hide and seek. Jason ALWAYS gets the taste of Italy but decided to go with cheese ravioli and of course I always get spaghetti.. mine had sat under a heat lamp for awhile. Overall it was Olive Garden so I was happy but the service could have been a lot better. She was really nice at the end so she suckered a better tip out of Jason.

On the way home we drove through Town Square, the other property we have, Ive never actually been there so I thought while we were over that way I should check it out. Its nice, the area is shit but the apartments are really nice! So when we were leaving there and Jason BUST out into the most profoundly amazing front seat dance party singing along with Dolly to 9 to 5.. It was amazing. And now its in your head, you're thinking about the song aren't you.. here.. have a listen!

Anyways I'm going to go to bed, I slept maybe 20 minutes last night.. Jason said I was worrying about the Patriots but I'm pretty sure that wasn't it! So I'm hoping to get some sleep tonight which should make tomorrow a much better day! I still cant believe tomorrow is only Thursday.. honestly! Not that it matters they are calling for rain here for the next 4567 days.. mother nature what did I ever do to you?

I will leave you with a few pictures from a walk we took the other night and I guess I forgot to share!

Hope everyone is having a great week!! 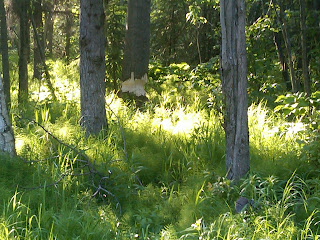 Look what the beavers did to that tree in the back.. little bastards, you wouldn't believe all the trees that they have down around here.. no word of a lie its over 50 by far! 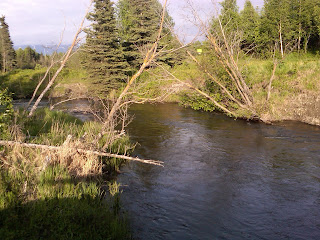 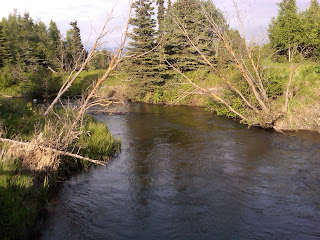 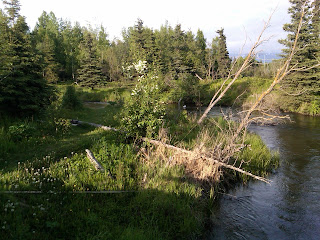